At last some astrophotographer-friendly weather conditions! Ever since February seeing conditions have been very poor and I have only managed to shoot 3 images in March. First of which was of the Leo triplet, that – as the name may have given away – is situated in the constellation Leo. 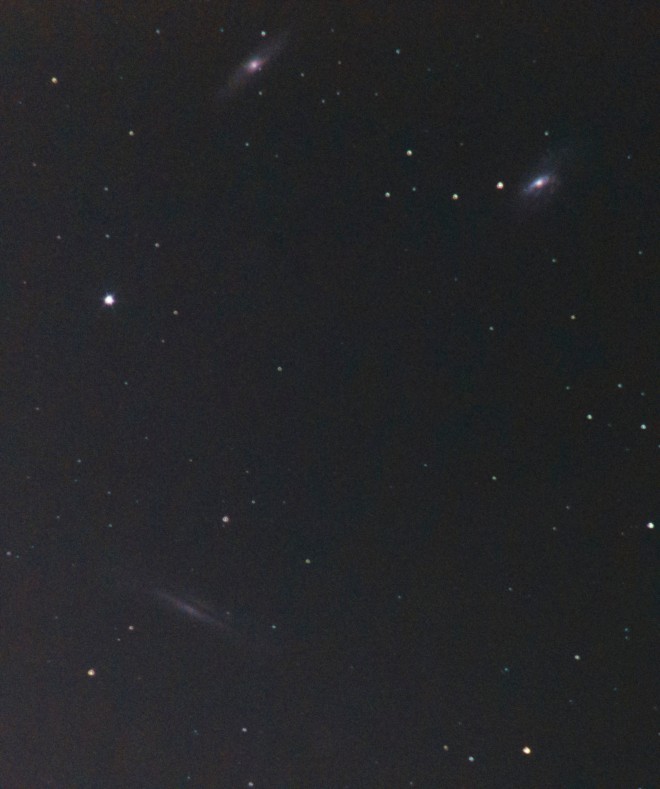 The number of nice globular clusters visible in March in the Netherlands (at a reasonable hour) is rather low. The best is probably M3, which I decided to give a go. The result is the image below. Locating the cluster was hard because it was rather low near the horizon and nearby soccer field lighting made things even more difficult. Globular cluster M3 contains the mind blowing amount of half-a-million stars and lies about 34 thousand light years from Earth. 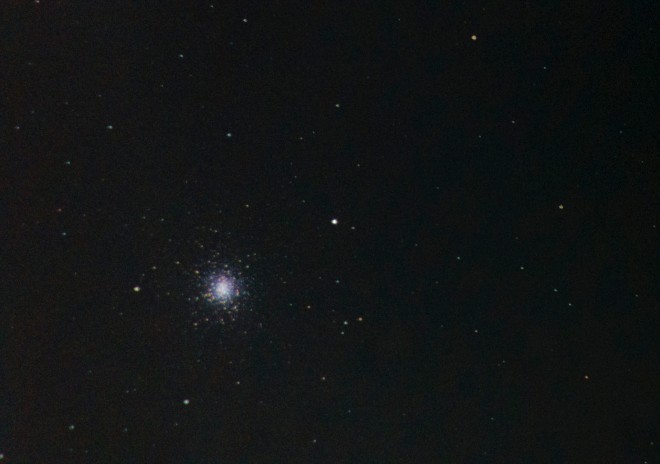 The last image from the one night I imaged in March, is one of M51. I also imaged this object in February, but at that time it was very low and I didn’t take as much frames as I did now. The image below shows clear blue-purple spiral arms, but I think I haven’t gotten focus quite right when I took the photos. 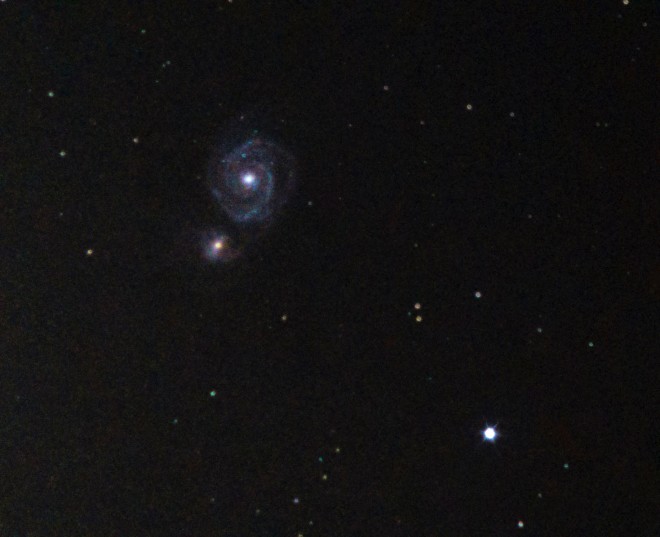 Two nights ago was the first clear night of April in this area and I just couldn’t resist to get the telescope out again. Just after midnight, the constellation Lyra was high enough for the Ring Nebula to be imagable from The Netherlands. I have imaged planetary nebula M57 before, but it only showed a green ring and nothing of the yellow and red assymetry was visible. The image below is the result of a 30 frame stack, 30 seconds each and shows a very bright Ring Nebula with the colors I missed before. 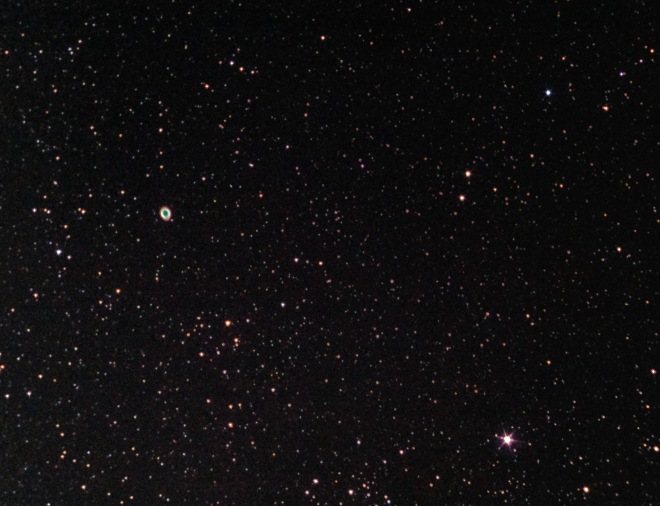 The other deep sky object I imaged was the greatest of all globular clusters: M13 in Hercules. I have also imaged M13 before and again I am happy with the improvement. It appears way larger than M3, but that is probably due to it being closer to us (25 thousand light years) because it contains about 200.000 stars less than M3. 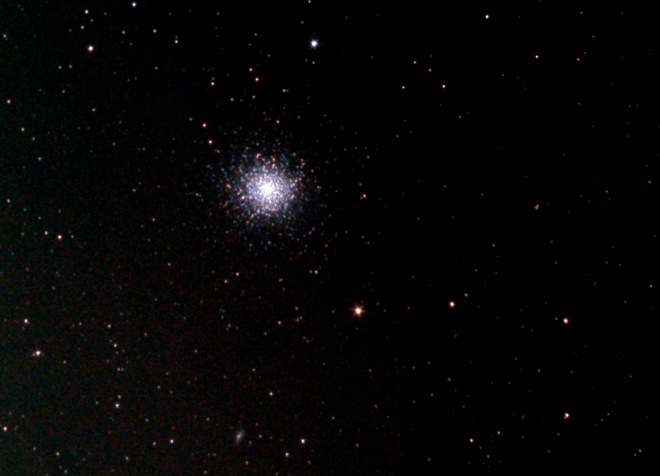 M13; the Great Cluster in Hercules

A nice bonus is the smudge in the bottom of the last image. It is galaxy NGC6207 located some 46 MILLION light years from here. So the light emitted by NGC6207 has traveled for 46 million years only to end up in my camera sensor. Unless I have missed some other distant smudge in one of my images, this probably is the oldest light my camera has ever caught!

While browsing through my old raw photographs, I stumbled upon an unnoticed hint of the flame nebula. I take these photographs to check if I’ve got everything on frame as I want it to. At the time, I must have been looking with something else than my eyes, because the flame nebula was right there! 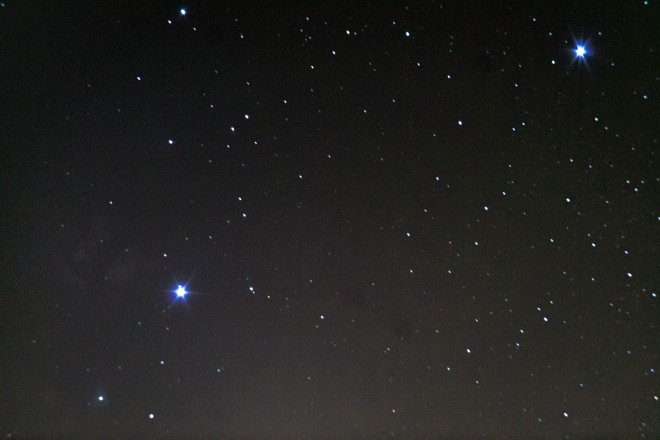 Notice the flame nebula in the left of this single frame

So when I had the chance, I aimed my telescope towards the same region. Focusing took a long time as the air was quite turbulent at the moment and venting chimneys also seemed to complicate things. When I was somewhat satisfied, I took about 20 30second frames. After stacking and post processing, I obtained the following image which shows both the Flame Nebula and a hint of the Horsehead Nebula. 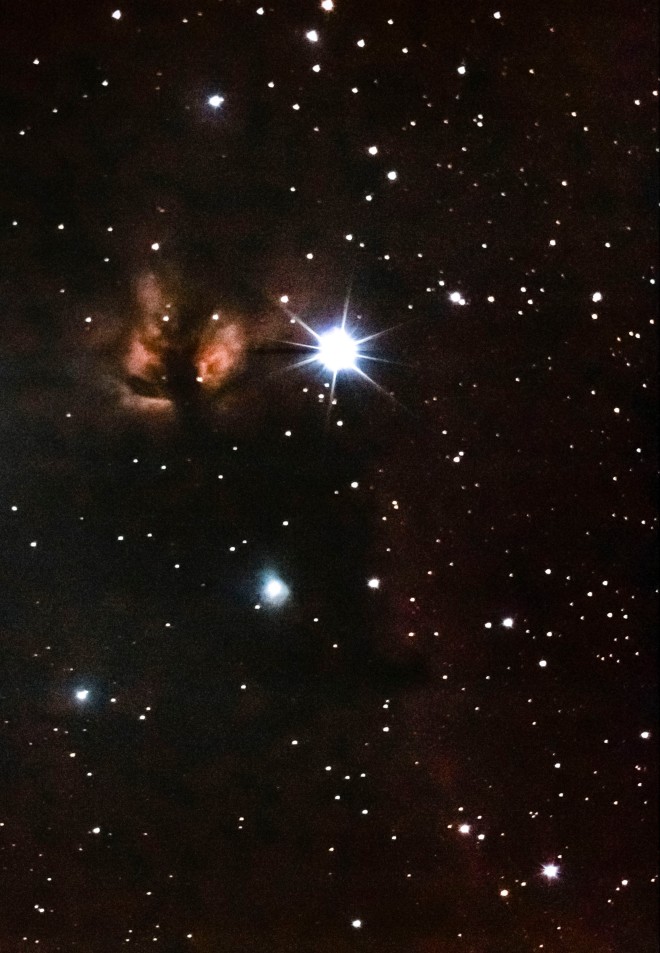 20×30 second rgb stack. Although the skies were clear, seeing was poor due to smoking chimneys and atmospheric turbulence.

The Horsehead Nebula is actually a black gas cloud. It is shaped like a horse’s head and obstructs light coming from the red nebula in the background. The shape of a horse’s head is not visible in this photo, but you can see a black filament hanging over the red region.

Black nebulae are actually very common and often play a major role in the appearance of more colorful nebulae. Take the yellow Flame Nebula for example. Is mainly just a yellow/orangy gas cloud, but it gets its flame-like appearance from the black nebulae in front of it.

After nebulae, galaxies are probably the coolest targets to photograph. I have given the galaxies denoted by M51 and M101 a try a while ago, when I was shooting 0.8 second frames. Now that I can take 30 second images without trailing, I decided to give the Whirlpool Galaxy (M51) another go. I shot just 10 frames. Which is not a lot, considering that M51 was very low near the horizon with a very turbulent atmosphere. But as I could just barely make out the galaxy in a single frame, I wanted to see what I could image rather than produce the highest quality image. The result is a quite noisy image, because I had to really crank contrast up to the max. Soon I will shoot more frames of M51, when it is higher in the sky and I can use my light pollution filter again. 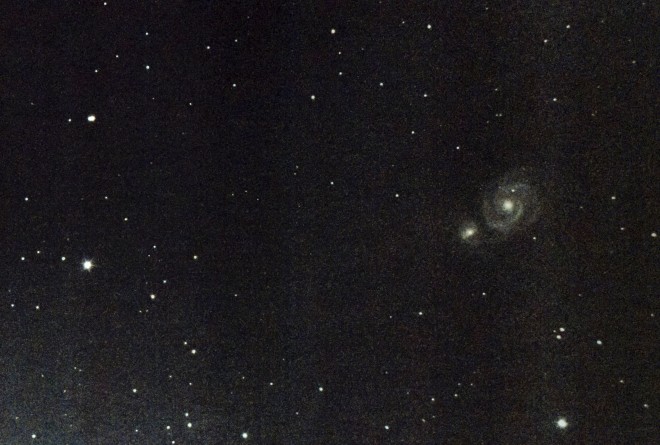 M51; the Whirlpool Galaxy interacting with its dwarf companion NGC 5195. M51 was very low at the horizon at the time of shooting. 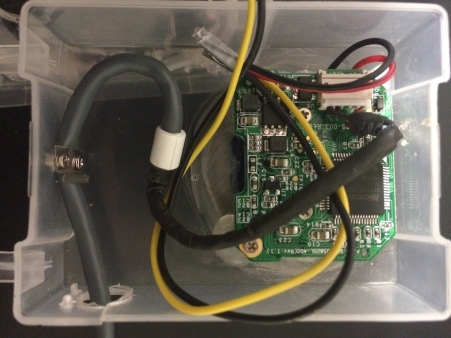 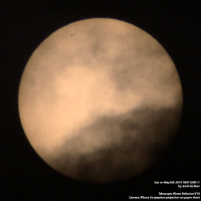 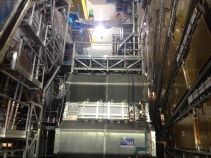 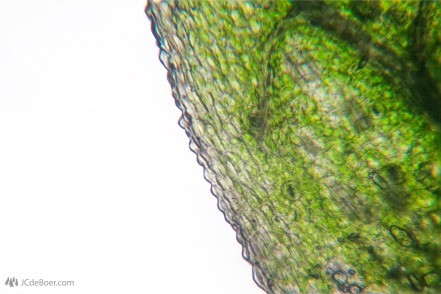 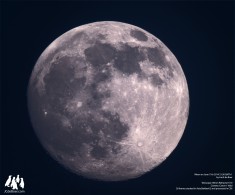 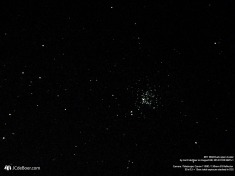 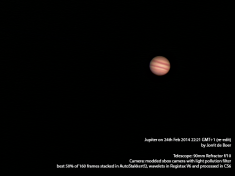 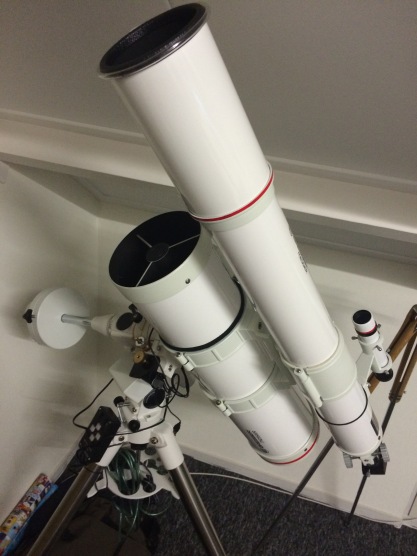 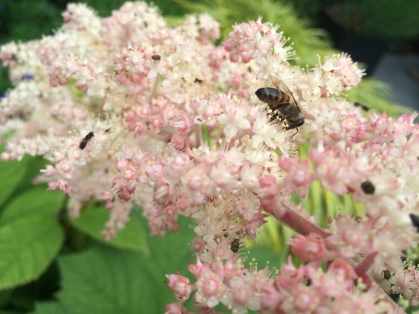 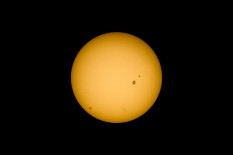 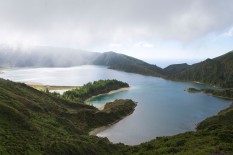 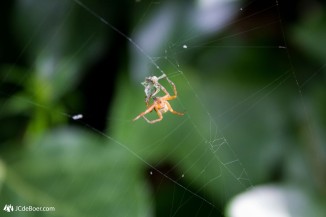 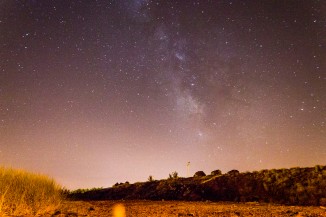 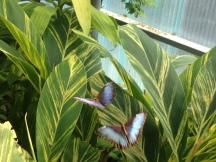 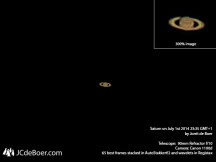 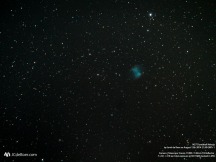